Why have efficient Strokes?

The number one reason is to help reduce the occurrence of injuries.

The second reason is to improve performance. Not only do efficient strokes help you conserve energy but also it helps with timing, enabling you to have a long hitting zone so that no matter if you are early or late you are still able to contact the ball in the contact zone. The contact zone is the area where to strings are lined up to the intended target. It should be approximately the width of ones shoulders.

These basic strokes can be broken into three parts:
1. The grips
2. The swing
3. The body
(4. The ball toss for the serve)

The grip is shaped like an octagon, having 8 bevels or sides.

You use the heel pad of the hand and the base knuckle to help determine the grip.

The grips are numbered as followed from the perspective of a right-handed player. L1, L2, L3, L4, L5 for this example references the grips for left-hander’s.

How important is the grip?

There are three basic swing patterns.

Pushing for volleys, which is a linear pattern. 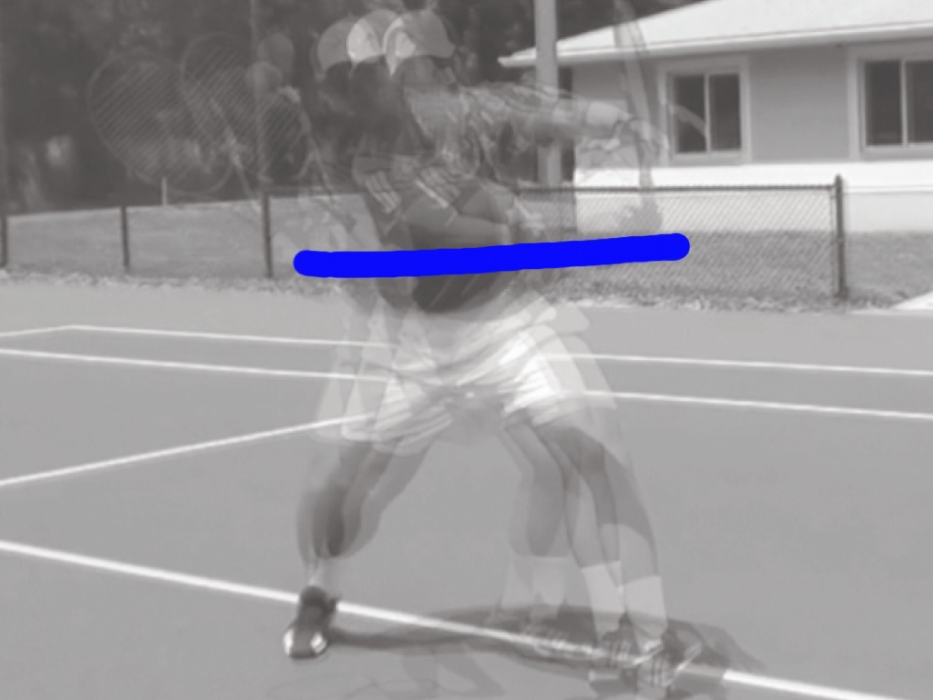 Lifting for groundstroke’s, which is a circular pattern with a vertical swing path

Throwing for the serve and overhead, which resembles a figure of eight motion when viewed from above.

It’s important to master these three stroke patterns as they can be applied and modified to specialty shots such as the return of serve, approach shots, drop-shots, half-volleys and lobs.

This is where power is generated through the correct use of the kinetic chain and the correct sequencing of the links. When one link is missing the corresponding links have to compensate for this and that’s where in my opinion you see excess shoulder movement, which negatively affects the length of the contact zone, spin generation and the loss of balance. I stand to be corrected but also premature fatiguing of the muscles of the upper body.

You get 50% of your pace from your opponent. 50% of the speed is lost at the bounce. So if your opponent hits the ball to you at 60 mph, you receive 30 mph from them, once the ball bounces, you receive 50% of the 30 mph, 15 mph. So you can see why if you have good volleying technique how you can use this to your advantage.

Volleys are hit are hit with a momentum source of power so the body should be moving through the shot.

With groundstroke’s the center of gravity should be lifting, so we want to start with our legs bent and ideally as we uncoil (rotate) have to the anchor leg be straight at the hit, so all the energy is transferred into the shot. We want to block out the front shoulder (stop it from opening) so that the lead side of the body stops creating a whip effect by speeding the other side up.

The serve much like the groundstroke’s relies on rotation, but too many players drop or open up the tossing shoulder and end up losing power. Much the same as in the groundstroke’s if you can get one side to stop/slow down, the opposing side will speed up. 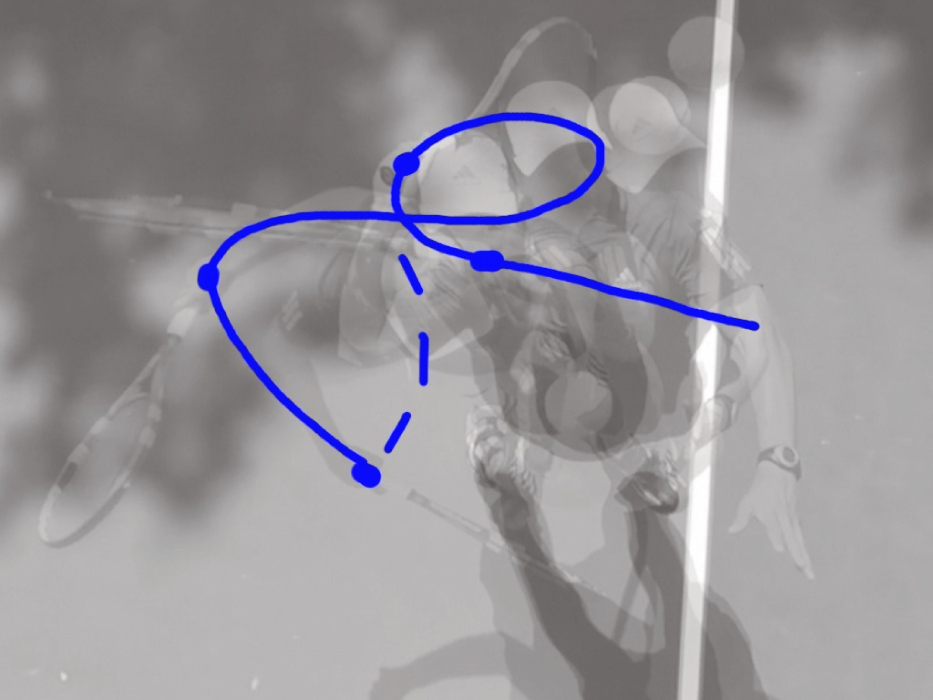